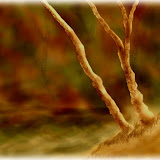 Pick up and drop facility from Gondia Station and back

This offer is courtesy Kanha Village Camp
Posted by Dr.Susan Sharma at 9/23/2010 No comments: Links to this post

Majuli in upper Assam is the largest river island on the Brahmaputra River .
It is a pollution free fresh water island. Total area of the island was 1250 sq.km., now it is about 650 sq.km, having lost significantly to erosion. Only 26 percent of total land area of Majuli is suitable for cultivation.

In the 16th century a sage called Shankardev founded a new sect of Vaishnavism here, which has flourished healthily in the last five hundred years. Today, the ‘sattras’ play a major role in the religious and social lives of every inhabitant of Majuli. Every family sends one son to be a monk, usually from the age of six; the belief is that if one son becomes a monk, then the whole family will be blessed by God. With pilgrims flocking here every year in numbers matched only by the migratory birds for which the island is also a haven, Majuli is known in some circles as the ‘Vatican of Vaishnavism’.

Performed by the monks of the Bhogpur Sattra at the Birla Mandir, New Delhi on 20th February, 2010, the dance clip below, has no song or words but strangely resonates with the uncertain future of this island.

The island today is separated from the mainland of Assam by 2.5 KM. Apart from the ferry connecting Majuli to mainland, an “e-Sethu” or e-governance project of Government of India connects the village to Assam.

A wetland, Majuli is a hotspot for flora and fauna, harbouring many rare and endangered avifauna species including migratory birds that arrive in the winter season. Among the birds seen here are: the Greater Adjutant Stork, Pelican and Whistling Teal. The island is almost pollution - free owing to the lack of polluting industries and factories and also the chronic rainfall.

A UNDP study reports that the island is under threat due to the extensive soil erosion of its banks. The reason for this magnitude in erosion is the large embankments built in neighbouring towns upriver to prevent erosion there during the monsoon season when the river distends its banks. The upshot is a backlash of the tempestuous Brahmaputra's fury on the islet, eroding most of the area. According to reports, in 1853, the total area of Majuli was 1,150 km² and about 33% of this landmass has been eroded in the latter half of 20th century. Since 1991, over 35 villages have been washed away. Surveys show that in 15–20 years from now, Majuli may cease to exist.

Here is another evocative clip, a dance by Sattriya Dancers of Kalabhumi- one of complete surrender to fate?